Jon Sletvold and Doris Brothers, in collaboration with Norsk Karakteranalytisk Institutt, will arrange the workshop «Talking bodies: Practice and Supervision from a Body-Based Perspective» in Oslo on August 28-29, 2020.

END_OF_DOCUMENT_TOKEN_TO_BE_REPLACED 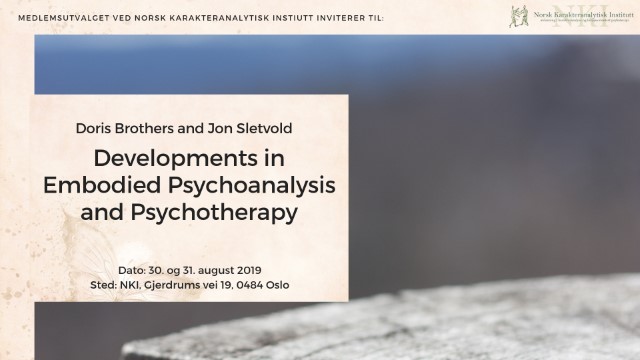